The benefits of creatine are plentiful and so are the studies to prove it. In fact, it is one of the most researched supplements out there. It has been shown to help muscle growth, cognitive function and overall performance in the gym.

Where does Creatine Come From?

Creatine is naturally produced in the human body from the amino acids glycine and arginine. Our bodies endogenously produce roughly one gram a day. This is synthesised mostly from the liver and kidney. The remainder of creatine we get is primarily through diet. This is approximately another gram a day, mainly from  meats. Creatine storage is about 95% in our skeletal muscle. The remaining 5% ends up being stored in our brain, liver and kidney. An average male, weighing in at about 154 lbs stores anywhere from 120g – 140g. This varies depending on a few factors including muscle mass.

What are the benefits of creatine?

What are the side effects of supplements creatine?

Creatine is one of the most studied supplements around and time and time again, the findings continue to reinforce the positive benefits of it. One negative thing you’ll occasionally hear is that it can make you retain water. Often times, when people hear water retention, they think of bloating. This is not necessarily the case. Creatine does help your cells hold water, which is a good thing. Well hydrated cells not only improve performance but it also helps with fat loss. Of course, if you are planning on jumping on stage for a bikini competition, you would probably want to consider cycling off for a couple weeks before hand. Given that it demonstrates all of those positive benefit, I think it is safe to say the pros definitely outway the cons.

How to start supplementing creatine?

The benefits of creatine have shown to be most optimal during a twelve week supplementing cycle. It is recommended to begin with a loading phase of seven days, which consists of taking approximately 25 grams a day for that first week. After that, you’ll want to begin a maintenance dose of 5 grams a day. This coupled with resistance and/or anaerobic training has been shown to produce the maximum amount of benefits. Creatine can be found in both pill form and powder form. The pills can be quite large which is why a lot of people prefer the flavorless powdered form so that you can mix it into your daily protein shake or BCAAS. We recommend the flavorless Hard Rhino Monohydrate Micronized Power because it blends pretty seamlessly. 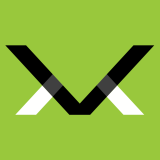 How much your business can save with a corporate wellness program